Blue Monday is the name given to a day in January claim to be the most depressing day of the year!

Well isn’t that just wonderful it’s not like some of us don’t struggle already every day, but how true Is it really is is!?

Typically it’s the third Monday of the month meaning that this year it’s tomorrow 20th January. It was first published in 2005 by the travel company Sky Travel.

Scientists suggest its nonsensical and mental health charities claim it belittles depression and other mental health illnesses. Which I would have to say I totally agree, with mental health illness now being spoken about more do really need to name a day as the most ‘Depressing’ day of the year; No, absolutely not as for some people this is everyday life the uphill struggle is very real and as much as we’re getting better we still have a long way to go.

If your still worried about tomorrow or any other day these might help you.

Recognise your triggers ~ It’s important to recognise what might be feeding your stress/anxiety, when your disabled it’s can be the simplest of things like not being able to finish a task you’ve been able to accomplish before or the most common triggers are lack of sleep and a bad diet.

Trying something new ~ Investing time in yourself is never a bad idea, it can be anything you want you might have been putting off an online course, learning something new like a new language, photography or joining a campaign. So what I’m basically saying Is the world is yours to take!

Avoid social media ~ With social media platforms being such a massive thing in every day life and social media influences sharing what looks like the perfect life it’s very easy to compare your life to theirs (please remember it’s not real life they are being paid) they will have down days they just don’t post about it as that doesn’t make them money!

Clear out ~ It might not be spring yet but it’s always a good idea to have a good clear out get rid of anything you haven’t used or warn in a few years, make a few quid by selling it all or if you don’t want to do that and would rather donate it find a charity that will take your bits.

So let’s take this so called ‘Blue Monday‘ by the balls and tell it where to go!!

As always I’ll end with it OK not to be OK don’t be a shamed to ask for help, your doing amazing believe in yourself because I believe in you!

Come give me a follow on and say hi:

Welcome to My Life Kerry’s Way

I am Kerry, a forty-something blonde in charge of a wheelchair (watch your feet) from the UK. I love new experiences and a great campaign to get my wheels stuck into. 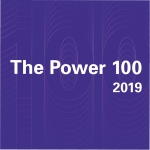